A spin-off from CIÊNCIAS, led by Professors Maria Helena Garcia and Andreia Valente from the Chemistry Department, received recently (last February) 100k € of investment from Portugal Ventures to continue the development of RuPharma Project.

The drug being developed is in the process of obtaining proof of concept about its efficiency against triple negative breast cancer metastases. The proof of concept for the drug’s precursor has already been obtained: extreme efficacy against metastases in the main organs (heart, lungs, liver, and kidneys) and reduction of the main tumour to half its volume. The ‘RuPharma medicine/drug’ is destined for the world market and it was estimated that in 2018 the costs of therapies for breast cancer were around 16 228 million USD. 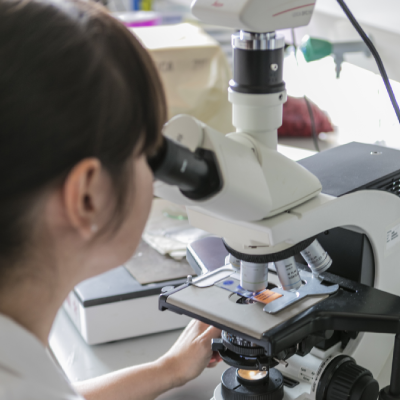 The promoters of this projects Professors Helena Garcia and Andreia Valente left us the following comment “Something in Hands – Investigação Científica, Lda. is a new Spin-off from the Faculty of Sciences of the University of Lisbon, which was born in January 2021, following the funding obtained through Call INNOV-ID from Portugal Ventures to promote access to finance risk capital to scientific and technological projects.

It is a new company focused on the development of innovative metallopharmaceuticals for targeted cancer therapy. Our main area of expertise is metastatic cancers, for which there are very limited therapeutic options.

The capital from Portugal Ventures contributes to the development of our triple negative breast cancer project, which is already in the consolidation phase of proof of concept for one of our metallodrugs protected by an international patent.”

Call INNOV-ID was launched last year with the purpose of promoting access to venture capital financing for projects with a scientific and technological scope, in the Pre-Seed, Seed or Early-Stage phases. Projects that were already developing technology, but were still in the prototype phase, proof of concept or in product-market-fit validation.

Tec Labs will be continuing the support to this project whenever needed. Congratulations to the team.